The radio resource management (RRM) functionality with HSDPA and HSUPA has experienced changes compared with Release 99. 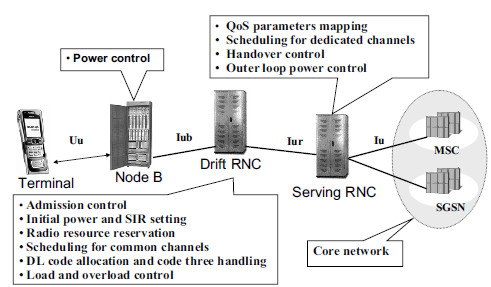 In Release 99, the scheduling control was mainly based in the radio network controller (RNC). While in the base station (BTS or Node B in 3GPP terminology) there was basically a power control-related functionality. 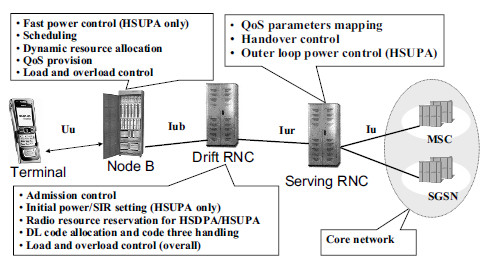 As scheduling has been moved to the BTS, there is now a change in the overall RRM architecture.

The SRNC will still retain control of handovers and is the one which will decide the suitable mapping for quality of service (QoS) parameters.

With HSDPA, the situation is simple that there are no soft handovers for HSDPA data, so there is no need to run user data over multiple Iub and Iur interfaces. The utilization of the Iur interface can be totally avoided by performing SRNC relocation when the serving high-speed downlink shared channel (HS-DSCH) cell go through a different controlling RNC (CRNC); even though HSDPA is supported over Iur in the specs.

With Release 99, when soft handover is used between two base stations under different RNCs, this cannot be dodged at RNC area boundaries.

Therefore, the ideal HSDPA approach could be presented by just introducing a single RNC.