The Evolution from 4G to 5G by CPRI to eCPRI Transformation
October 19, 2022

As per Statista, The number of global unique mobile subscribers is expected to grow by 160 million from 5.7 billion subscribers in 2020 to 5.86 billion in 2025 and this massive data growth means more expectations regarding the data speed, capacity, and customer experience. 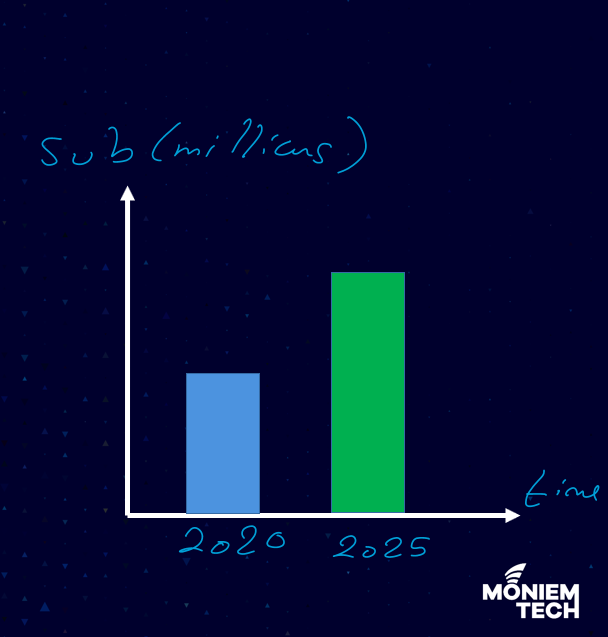 4G technology provides the network architecture to transmit huge amounts of data over mobile radio interfaces and as per the GSMA report, 85% or more of mobile connections are expected to be 4G or 5G. This will require a massive increase in the number of antennas to accommodate all the new subscribers and other devices. This also will increase the amount of signal processing to be handled, thus requiring increasing amounts of space for cell towers, posing a significant problem, especially in urban areas.

5G is about Transport Network

As 5G supports different use cases with new technologies like massive MIMO, High band spectrum, and Beamforming which lead to more data capacity which is one of the traditional previous generations’ network challenges. For example, 4G supports The Common Public Radio Interface or CPRI. So the first question is, What is CPRI?

The CPRI initiative was initially led by a consortium of vendors, primarily, Ericsson, Huawei, NEC, Nortel Networks, and Siemens. The connection between the RRUs and the base station is often referred to as “fronthaul.”

The first specification was released in 2003 and it covers user plane data, control plane transport mechanisms, and means for synchronization. CPRI does not mandate a functional split between the Radio unit and the baseband processing unit but does reference one radio functional split which is RF-PHY (3GPP option 8).

The transport has a TDM structure with a constant bit rate and scale with the number of antenna branches and supported antenna bandwidth in the air. CPRI is suitable for point-to-point connections between the Radio unit (RU) and the Digital unit (BBU), where the Digital unit is close to the antenna site.

The Common Public Radio Interface, or CPRI, is a widely used protocol to transmit digitized RF data over optical fiber between radios and baseband equipment. As a serial stream without the possibility of packet aggregation, CPRI is bandwidth inefficient, which leads to higher transport costs. The IEEE 1914.3 working group has developed a new Radio over Ethernet (RoE) standard to address this.

The Radio over Ethernet (RoE) protocol, allows 4G radio traffic to be sent over standard Ethernet. This is done by encapsulating 4G into Ethernet frames at the cell site with the fronthaul gateway and using another fronthaul gateway to decapsulate it back to CPRI at the hub site before feeding it to the 4G BBU. The decapsulation is needed at the hub site because the 4G BBUs are still using CPRI.

Since CPRI is a constant bit rate TDM stream with a serial interface, to support the CPRI over Ethernet, it needs to convert CPRI into Ethernet passes a steady stream of packets into the network, offering a flat load. Considering that peak demand has to be accommodated, this flat load is often the peak load. Thus, CPRI-to-Ethernet conversion at the switch/gateway ends up using much more bandwidth in the transport network than is actually necessary.

Is CPRI suitable for 5G?

The lower layer split, between the radio unit (RU) and baseband unit (BBU), was in 4G based on the common public radio interface (CPRI) in the fronthaul transport segment. In 5G, to provide better rate efficiency and node scalability, more baseband functionality was moved into the radio and the new Ethernet-based eCPRI interface was introduced. The rate efficiency and scalability are due to the fact that eCPRI carries layer data between the radio and 5G RAN compute nodes, whereas CPRI transports time-domain carrier samples per antenna. For that reason, CPRI is not suitable for 5G which leads to a new evolution called eCPRI as when we go to 5G, the fiber between the RRUs and the baseband unit is going to carry much more traffic, and that makes it difficult to do a serial interface.

Compared to the CPRI, eCPRI makes it possible to decrease the data rate demands between RRU and BBU via a flexible functional decomposition while limiting the complexity of the RRU.

The eCPRI specification will support 5G and enables increased efficiency in order to meet the needs foreseen for 5G Mobile Networks. In contrast to CPRI, the eCPRI specification supports more flexibility in the positioning of the functional split inside the Physical Layer of the cellular base station.

eCPRI facilitates new deployment models such as centralized RANs (CRAN) that complement the distributed RAN (DRAN) model commonly deployed today. RAN coordination and higher baseband utilization are better scalable with RAN compute nodes deployed in centralized hub sites. eCPRI in DRANs improves on-site networking efficiency due to the reduction of capacity requirements on the fronthaul network as well as link trunking and port expansion capabilities in Ethernet/IP switching. It is a real-time traffic interface that uses a new LLS, using standard technologies that have proved better bandwidth scalability and thus enable the use of sophisticated coordination algorithms to guarantee the best possible radio performance.

In the next article, I will explain What is the difference between eCPRI and ORAN Fronthaul Open Interface Option 7.2x!