Really I am writing this article due to two reasons, First that I received many questions about Is 5G Safe for Human? and Second that I shocked when I saw some of the social media posts on Facebook and Twitter that point out that the main reason for COVID-19 is 5G or using some 5G Equipment.

So I decided to write this article to transfer the research results in the relation between 5G and the Risks on the Human body.

So my article will cover the below points:

The Conspiracy Theory of using 5G as a Weapon

I found the below Facebook and Twitter posts that claim the main reason for COVID is 5G. 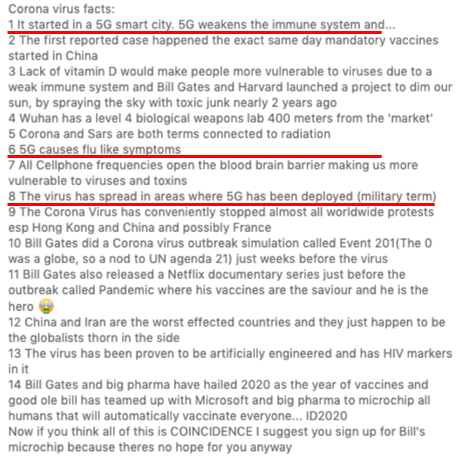 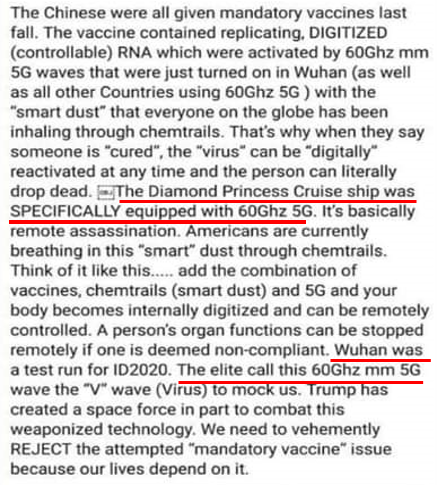 So to answer the above, let’s start with this question Are Mobile Networks Safe for Human Health?

Are EM waves are safe for Human Bodies? 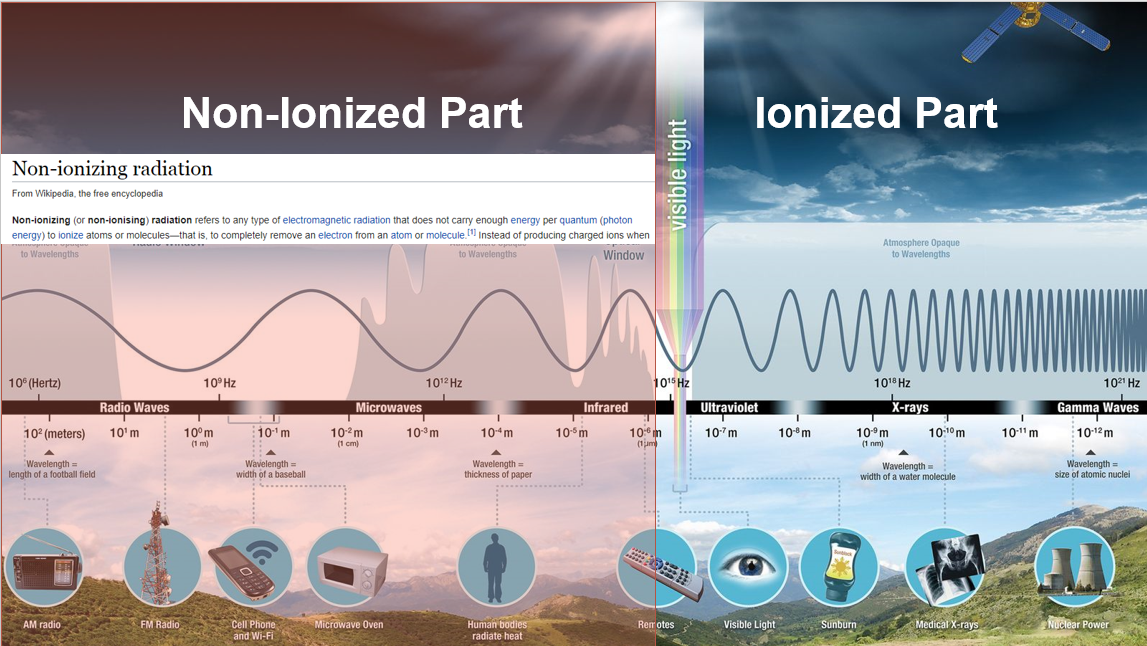 Radiation is the emission of energy from any source. That means that even heat that comes from your body counts as radiation. But some forms of radiation can make you sick.

Ionizing radiation, which includes ultraviolet rays, X-rays and gamma rays, are harmful forms. The energy from ionizing radiation can pull apart atoms, and it’s known to break the chemical bonds DNA, which can damage cells and cause cancer. This is why the FDA warns against having unnecessary X-rays. It’s also why exposure to the sun can cause skin cancer.

Non-ionizing radiation has lower frequencies and bigger wavelengths. It doesn’t produce enough energy to break apart the chemical bonds of DNA. Examples include radio frequency, or RF, radiation such as FM radio, TV signals and cellphones that use traditional 3G and 4G service.

The Fear of EM Waves 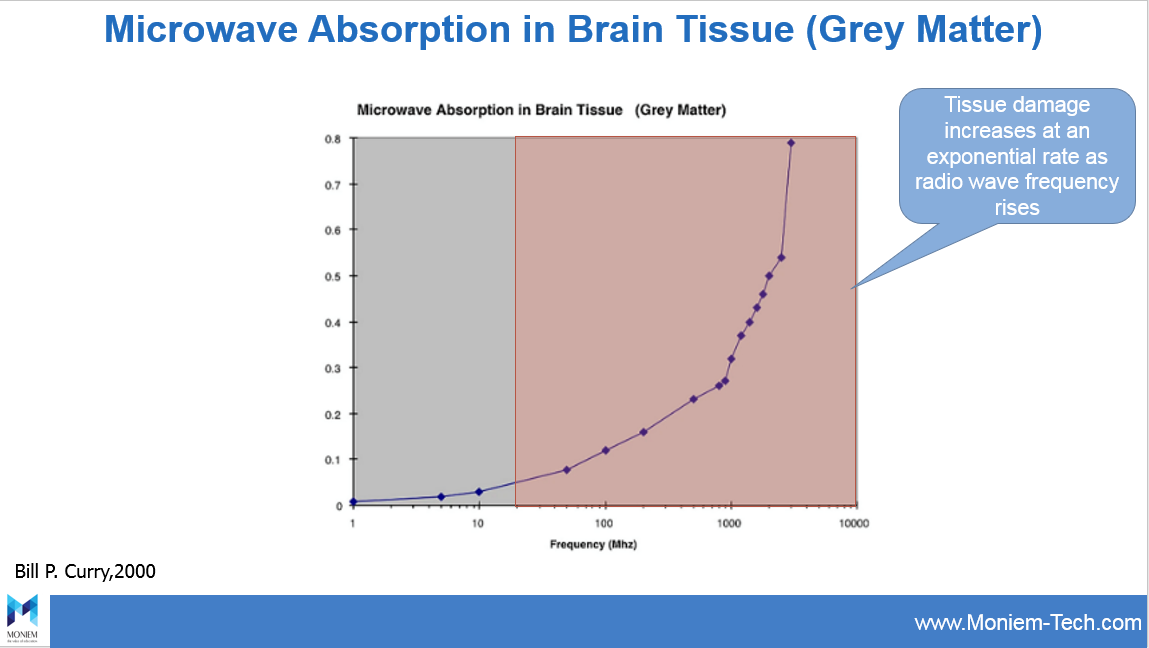 However, According to experts on the biological effects of electromagnetic radiation, radio waves become safer at higher frequencies, not more dangerous. (Extremely high-frequency energies, such as X-rays, behave differently and do pose a health risk.)

In his research, Dr. Curry looked at studies on how radio waves affect tissues isolated in the lab and misinterpreted the results as applying to cells deep inside the human body. His analysis failed to recognize the protective effect of human skin. At higher radio frequencies, the skin acts as a barrier, shielding the internal organs, including the brain, from exposure. Human skin blocks the even higher frequencies of sunlight.

So Radio Waves are capable of raising the temperature of brain cells by 0.2 degrees Celsius!, like the same temperature the body gains after excercise.

Also, there’re a lot of research papers about this topic like THIS.

So what is the opinion of WHO or the World Health Organization on this topic?

In 2011 the World Health Organization’s International Agency for Research on Cancer classified RF radiation as “possibly carcinogenic to humans” after studies suggested links to a specific type of brain tumor. But the agency also acknowledged that the evidence is limited.

Just for reference, coffee and pickled vegetables are in the same “possibly carcinogenic” category as RF.

“There is some evidence from epidemiological studies and other research on the biological effects that electromagnetic radiation could cause cancer,” said Jonathan Samet, a pulmonary physician, and epidemiologist and the dean of the Colorado School of Public Health, who chaired the IARC’s committee in 2011. “But the whole body of evidence is not strong.” 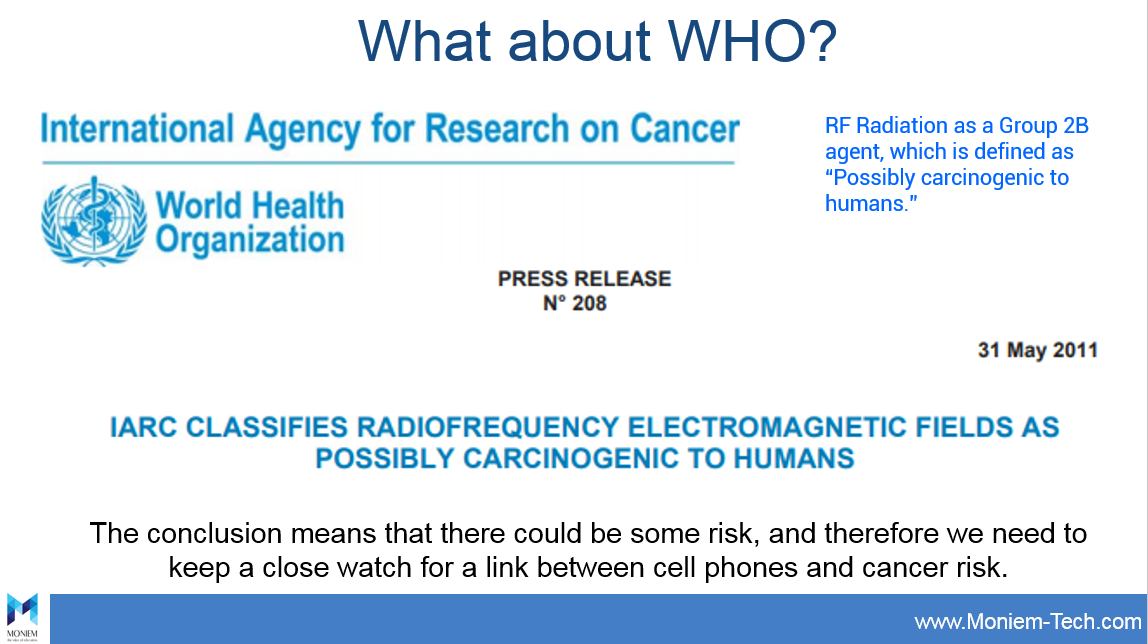 Can 5G mmWave or high frequencies can make Human Risk?

The concerns about 5G are similar to the concerns about 2G, 3G and 4G, the earlier generations of wireless service. In fact, 5G in the US is expected to use some of the same frequency bands that previous generations of wireless have used, including low-band 600MHz frequencies as well as mid-band spectrum in the 2.5GHz, 3.5GHz, and 3.7GHz-4.2GHz bands. But operators, such as AT&T and Verizon, are also targeting higher frequency bands for 5G. The FCC has already auctioned off airwaves in the 24GHz and 28GHz bands. Later this year, it’ll auction off-licenses in the 37GHz, 39GHz, and 47GHz bands.

It’s this so-called “high band” spectrum that’s of most concern because it’ll require denser radio deployments. There’s also less research on the effects of radiation at these higher frequency bands. That said, these high-band frequencies are still non-ionizing. As stated earlier, non-ionizing radiation doesn’t have enough energy to break apart DNA and directly cause changes to cells that could lead to cancer. 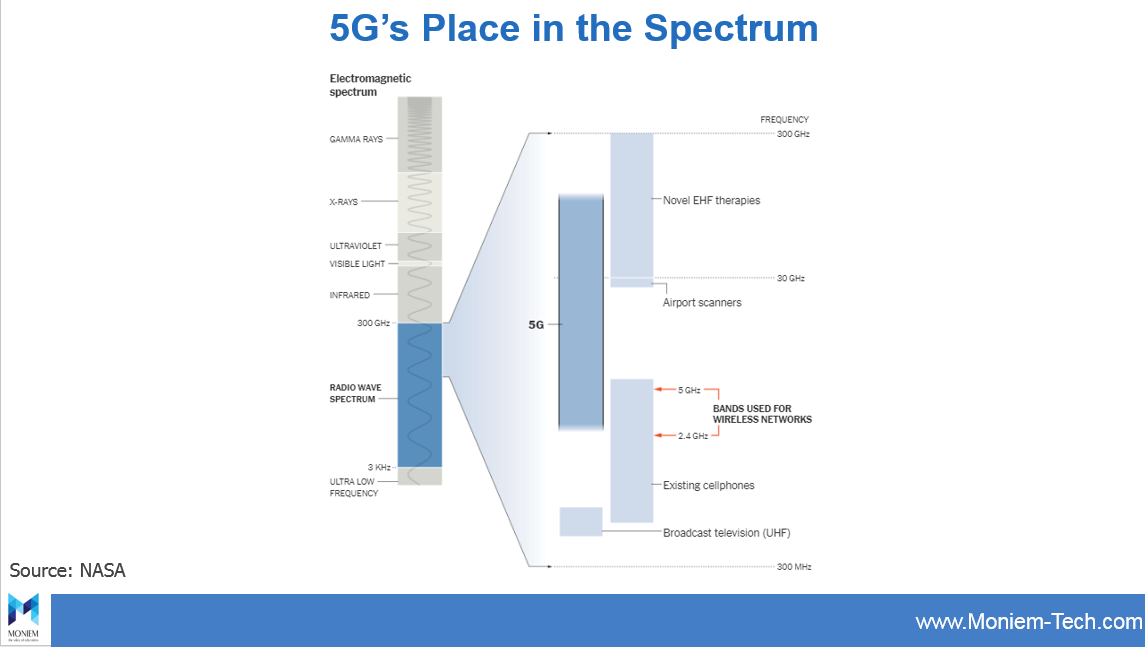 5G networks using millimeter-wave frequencies will require small towers every few blocks instead of every few miles, which some people fear will increase exposure to cell tower radiation.

There are also additional concerns specific to 5G, due to the super high-frequency millimeter wavelengths used. Because signals transmitted over millimeter waves are limited in range and can’t penetrate obstacles like walls or even leaves on trees, networks using these frequencies will require radios on every city block, versus 4G gear that transmits signals over miles.

This means that 5G will require up to five times the amount of infrastructure as 3G or 4G deployments. Not only will there be more 5G radios transmitting signals, but the radios will have to be closer to you.

There’s nothing to suggest 5G millimeter wave is a significant health risk.

From a week ago on March 11, 2020. The International Commission on Non‐Ionizing Radiation Protection (ICNIRP), a German-based scientific organization that determines the impact of electromagnetic waves on people and the environment, said March 11 that there is no evidence that 5G networks pose a health risk to humans, The Financial Times reported. 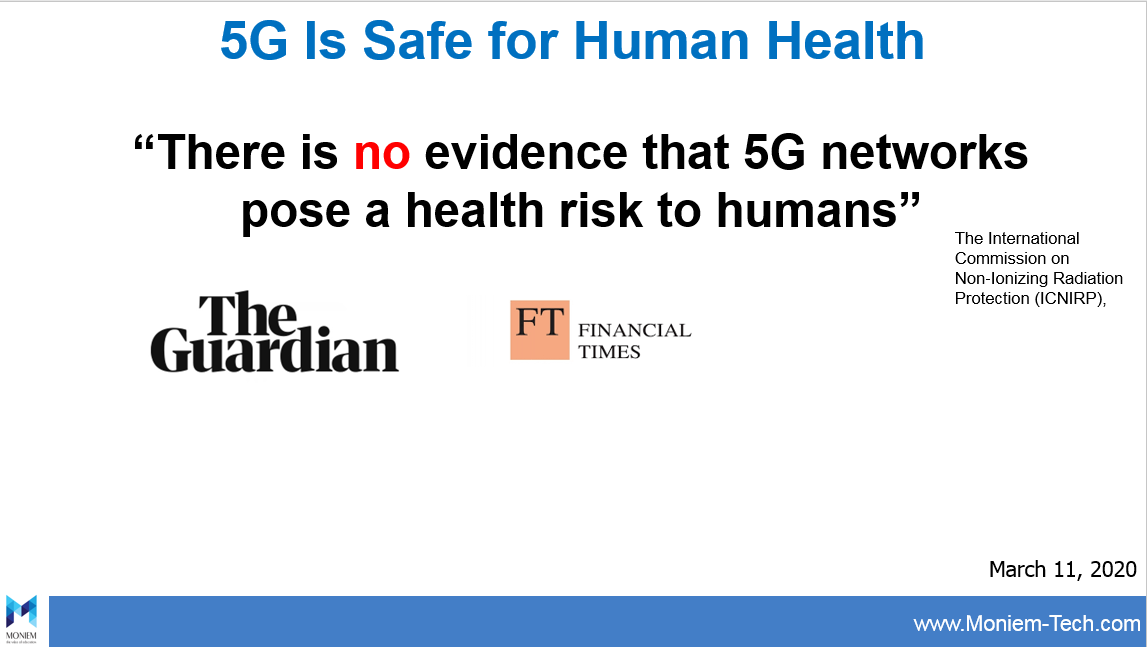 Finally, I think the debate has been started 50 years ago and still ongoing…