Some friends asked me, Should we have a 5G good data rate when seeing 5G Icon on our phone?

Mmmm… My answer should be Yes, However it’s the not right answer as there’re many technical items we need to discuss first before answering this question.

Let’s remember this famous incident/debate from US company AT&T when took a decision to replace the “LTE” icon on its phones with the “5G E” icon. 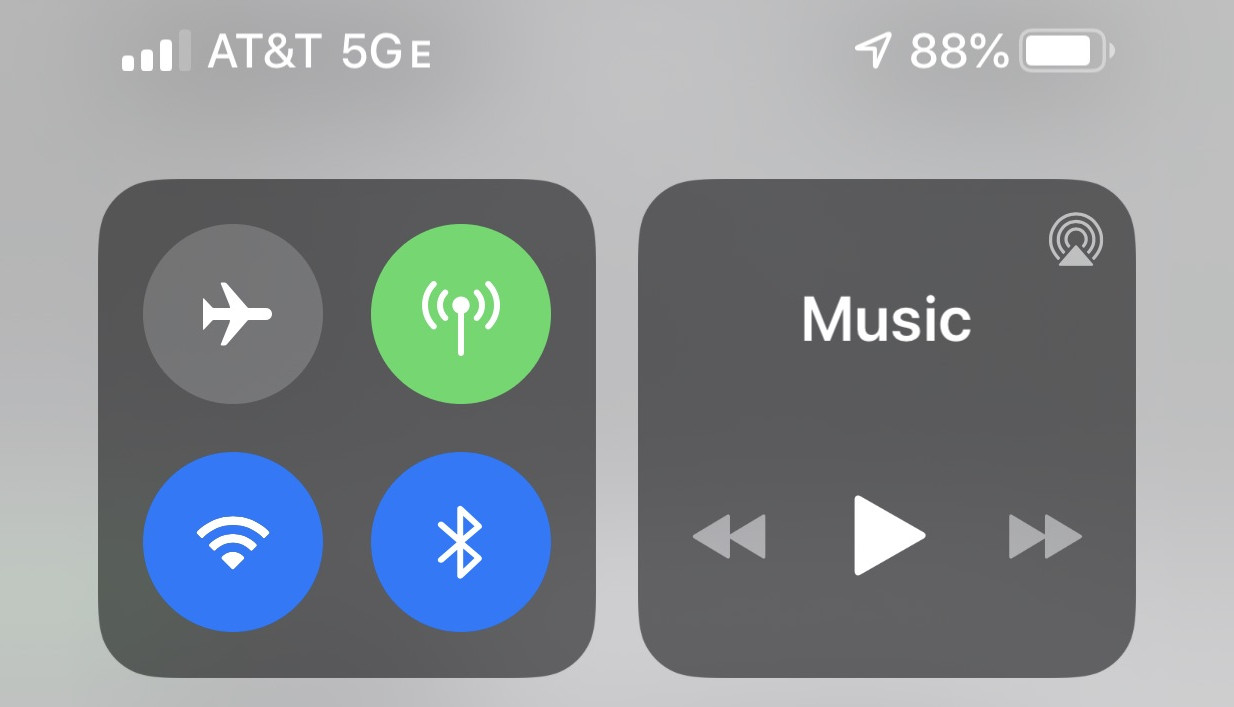 After upgrading to iOS 12.2, AT&T users began seeing a “5GE” icon in place of “LTE” for their cellular connection. This is AT&T’s misleading name for an enhanced 4G LTE network is not actual 5G connectivity.

Many customers and experts say that this misleading is 5GE, or 5G “Evolution” is the name that AT&T is using in areas where 4G LTE technologies like three-way carrier aggregation, 4×4 MIMO, and 256 QAM are available. These features making existing wireless networks faster provided your smartphone supports them.

AT&T’s justification is that 5G technology “is an evolution” rather than a single event, which is a rather weak argument.

The question now: When Should Operator Show 5G Icon on Customer Phone?

MNOs and UE vendors require some way of indicating to the customer that 5G service is potentially available, for example by displaying a 5G icon on the phone’s screen.

The criteria for displaying a 5G icon are not standardized by 3GPP and it is up to the UE vendor and operator to decide under what conditions a 5G indicator should be displayed.
As per Ericsson, The decision is straightforward in a 5G SA deployment: the UE can display the 5G icon whenever the serving master RAT is NR. However, in an NSA deployment (EN-DC), the UE is not always aware of whether the 5G service is available, as the UE camps on LTE in idle mode and the control plane is on LTE in connected mode.

To assist the UE in idle mode for NSA EN-DC, 3GPP has standardized a 1-bit indication per cell and PLMN called upperLayerIndication-r15 that is broadcast in LTE SIB2 (Source: 3GPP TS 36.331)

This bit can be used by the network operator to indicate that the 5G service is available to an EN-DC capable UE. However, the bit can be set independently of the functionality actually provided by the cell or related cells. As such, the operator decides whether to set the bit and the UE decides how the bit impacts the display of any 5G indicator. This bit is the only 3GPP agreed mechanism for determining the availability of 5G when camped on LTE in idle mode.

The GSM Association (GSMA) recommends one configuration as a default for determining whether to display the 5G status icon.

GSMA Recommendation for 5G Status Indicator as below:

According to the above recommendation from the GSMA, the global wireless industry’s trade group, the only time a 5G-capable phone would show the 4G icon indicator is when the phone is connected to a tower that doesn’t support the 5G “NSA” standard.

NSA stands for “non-stand-alone” 5G and is the version of the 5G standard that most wireless network operators around the world are implementing. The NSA version of 5G essentially requires a supporting 4G LTE network to handle things like authentication and cell site handoff.

Based on the above recommendation, operators should display the 5G icon on phones that are in the range of a tower with 5G network capabilities — it doesn’t matter if that phone isn’t actually making use of the faster 5G NR transmission standard.

Also, you can read the answer of How can Network know that the UE supports Dual Connectivity?